From the United States to Panama

The Amador Causeway was built by the Americans in 1913. They used a million and a quarter cubic yards of rock from the excavation of Culebra Cut of the Panama Canal. With this rock they united four small islands, Flamenco, Perico, Culebra and Naos. It was designed to be a huge breakwater to protect the entrance of the canal.

The Causeway quickly became a recreational area. At first only the Americans could go, as it was located within the “Canal Zone” a strip of land on both sides of the canal that was US territory. Panamanians finally were able to go when the United States reverted its lands to Panama.

Panamanians loved going to the Amador Causeway because of the great views, the city to one side and the canal to the other. In the 80s people used to go swim and sunbathe in “La Playita” a small beach, which is now a restaurant.

In the year 1999 Panama receives all of the land back from the United States. A tourism plan follows to develop this area with restaurants, stores and a big convention center. Several hotels were also built like the The Beach House, Country Inn & Suites Panama Canal and Amador Ocean View.

At the beginning this place was very popular, but people stopped coming as Casco Viejo’s popularity grew. Many say they gave the the concessions to the wrong people, especially with the case of the Figali Convention Center.

For a while they tried doing a party zone in this area called “Zona Viva” but that quickly ended as they put police roadblocks to check for alcohol in the only way out.

The government of Panama spent $72.5 million fixing the Amador Causeway. One of the biggest complains was the slow traffic as people would drive almost at the same speed as a pedestrian. So the two lanes of the Causeway became four lanes. Toilets were built, as well as 115 new parking spaces for cars and buses. New bus stops and roundabouts help in keeping the traffic flowing.

New playgrounds for children and a recreational park are part of the new amenities, as well as a bigger bicycle lane.

The Tourism Authority of Panama is building a huge convention center, in the shape of a manta ray. This center will be able to host 20,000 people. Recently the government also announced the construction of a new cruise ship port on Perico Island. Contractors are currently being selected. The Panama Canal cruise is one of the most popular routes.

The future looks good for the new Amador Causeway. Make sure to visit it while in Panama City and see Frank Gehry’s amazing Biodiversity Museum (Biomuseo). 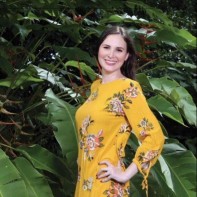 Ursula
Hello, I am Ursula Kiener. I love to travel, I have been to 63 countries. I have 10 years working in tourism in Panama and would love to help you plan the perfect trip.
13,260FansLike
17,412FollowersFollow
25,483FollowersFollow
Booking.com

ABOUT US
Newspaper is your news, entertainment, music & fashion website. We provide you with the latest news and videos straight from the entertainment industry.
Contact us: contact@yoursite.com
FOLLOW US
© Newspaper WordPress Theme by TagDiv